You are here: Home / Guides / Why Is My Fish Breathing Fast? (5 Reasons, Solutions) 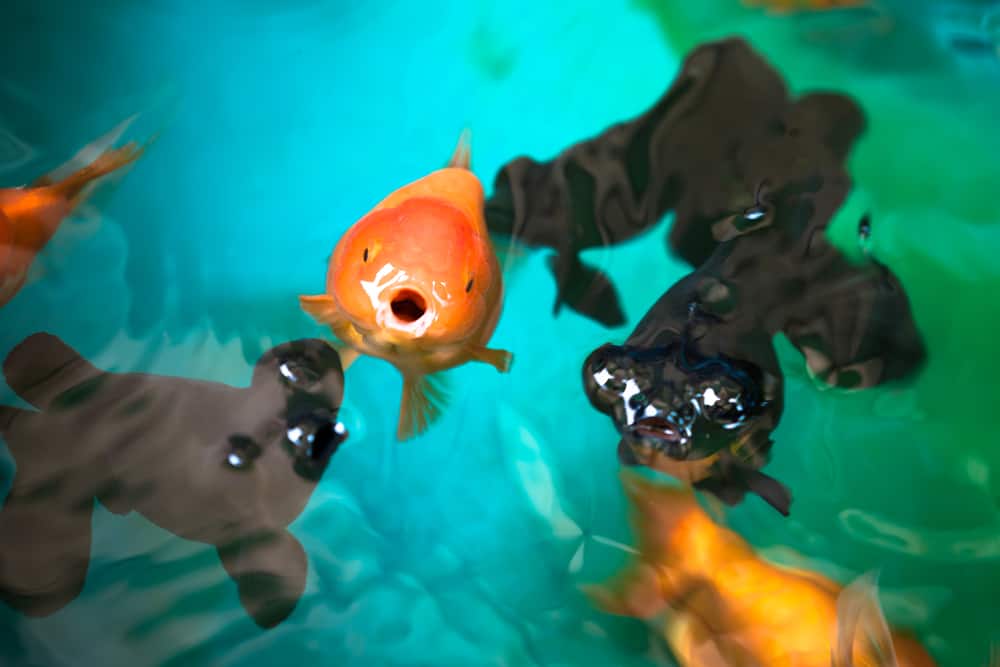 Watching your fish in their tank should be a relaxing, joyful part of your day, but what happens when you notice something is wrong with your fish?

You might notice your fish breathing fast or gasping, and you might be wondering if that could be serious.

It’s easy to find yourself afraid for your fish at first, but it’s important to remember to keep calm while you figure out the problem.

There are a few different reasons your fish may be having trouble breathing, so let’s get down to the bottom of it quickly.

Why Is My Fish Breathing Fast? 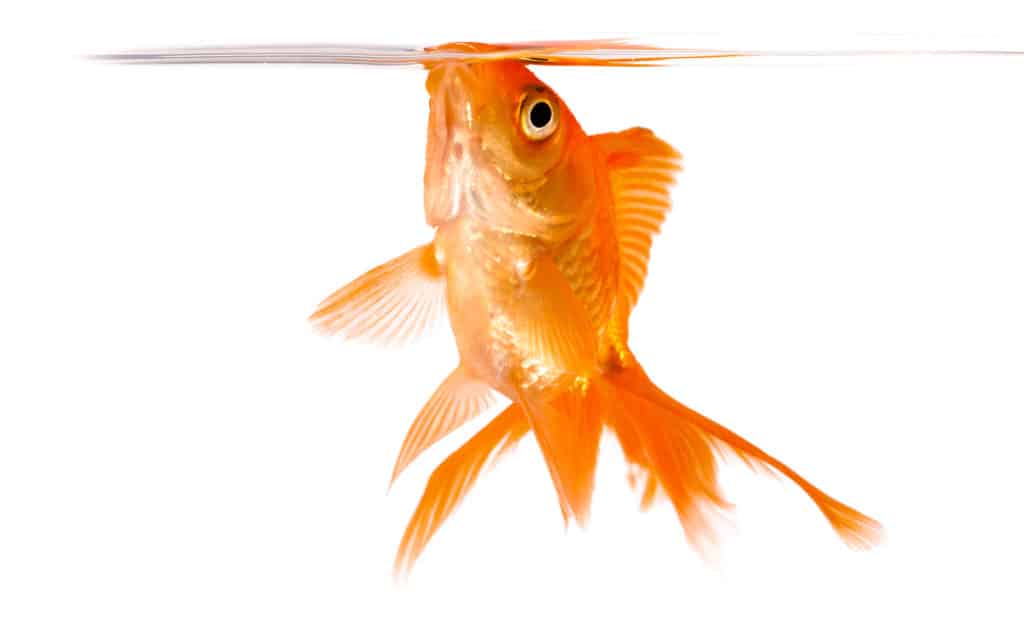 There are multiple reasons your fish may be breathing fast, with the most common being a lack of oxygen in their tank.

Fish need air to breathe just like a human does.

Their gills filter oxygen out of the water, so it can get to their lungs and then into their bloodstream.

There are a few quick fixes to help a fish that is having trouble breathing, but the first step to fixing a problem is to identify it.

More often than not, your fish’s rapid breathing can be traced back to their environment and the water conditions.

It’s important to avoid panicking when you notice your fish gasping.

Taking them out of their tank and placing them in unprepared water will likely only shock them, and it could do more harm than good.

Leave your fish where they are and make gradual changes to their tank.

Let’s tackle the issue of low oxygen levels first, since getting proper air to a struggling fish is crucial. 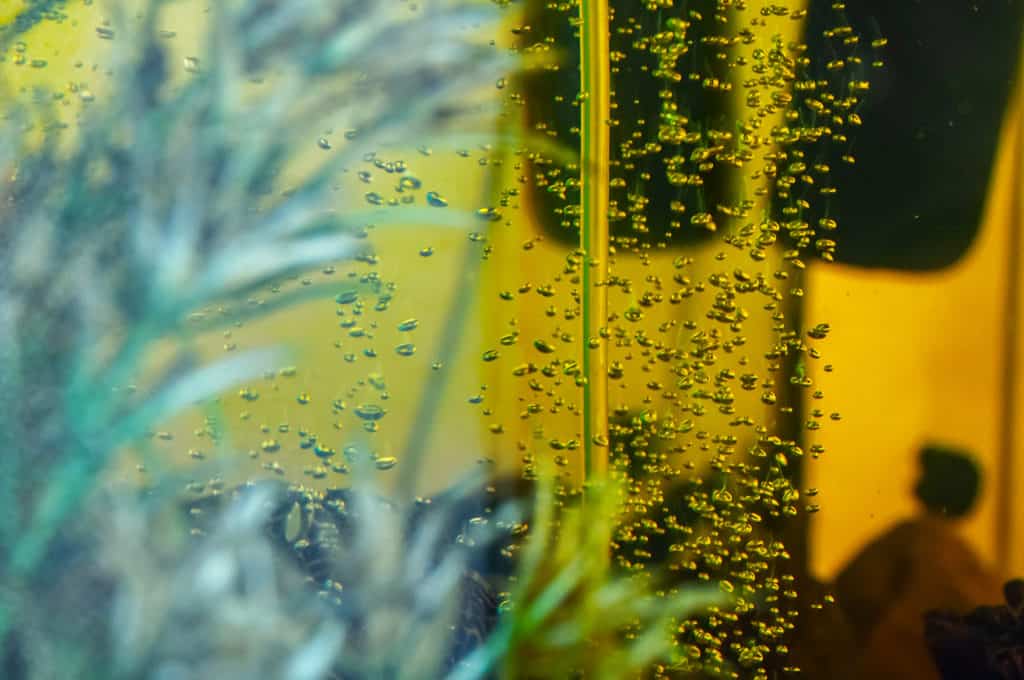 One of the reasons your fish may be having trouble breathing is a lack of oxygen.

When there are low oxygen levels, your fish will begin to gasp or spend a lot of time at the surface of the tank.

Active fish will become sluggish, develop a loss of appetite, and of course, begin to breathe rapidly.

The best thing to do is to perform a large water change and increase water movement to create better oxygen flow.

Once the low oxygen has been dealt with, it’s important to make sure it doesn’t happen again.

The top causes of low oxygen are overcrowding, elevated water temperature, a lack of water movement, and in some rare cases, live plants can be to blame. 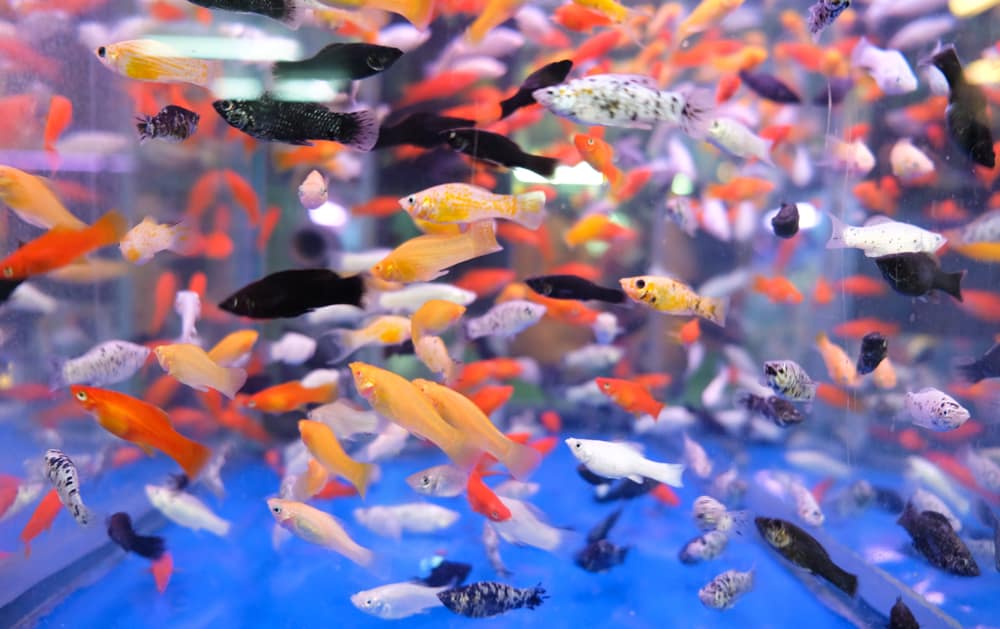 If you believe overcrowding is to blame for a lack of oxygen, it’s best to invest in multiple tanks and divide up your fish.

However, if you want to keep them all together, you should invest in a larger tank to house them in.

Overcrowding can also lead to numerous other issues, such as aggression, stunted growth, and various illnesses.

If you’re a breeder, it may be wise to stop the process temporarily until you have room to raise more fry.

Try not to stress your fish too much when moving them, and make sure their new tank’s conditions match their previous one.

3. A Lack of Water Movement 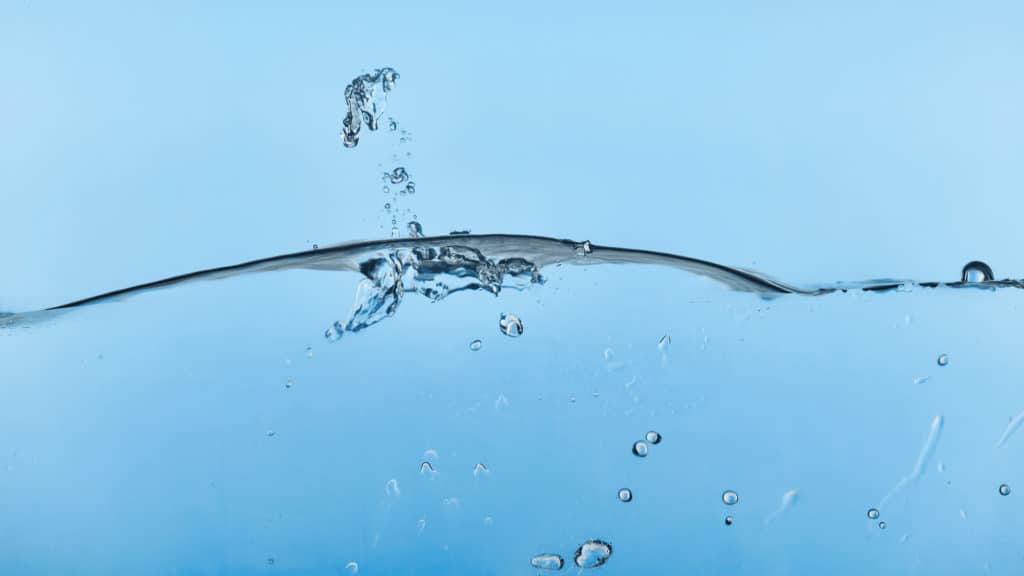 A lack of water movement can be solved by investing in a good filter.

A powerful filter should disturb the water enough to break any surface tension and send oxygen down into the tank where your fish need it most.

You can use air stones to disturb the water’s surface as well.

Air stones are attached to an external pump which will send bubbles through the water to disturb the surface and allow air in.

The actual bubbles themselves don’t fill the tank with air; it’s simply for circulation.

You may have also heard that fish swimming rapidly will aid in aeration, but while that is true, it may not be enough to properly aerate your tank.

Once the oxygen level in your tank is higher, your fish should stop gasping and return to normal, but if not, move on to the next problem that may be to blame. 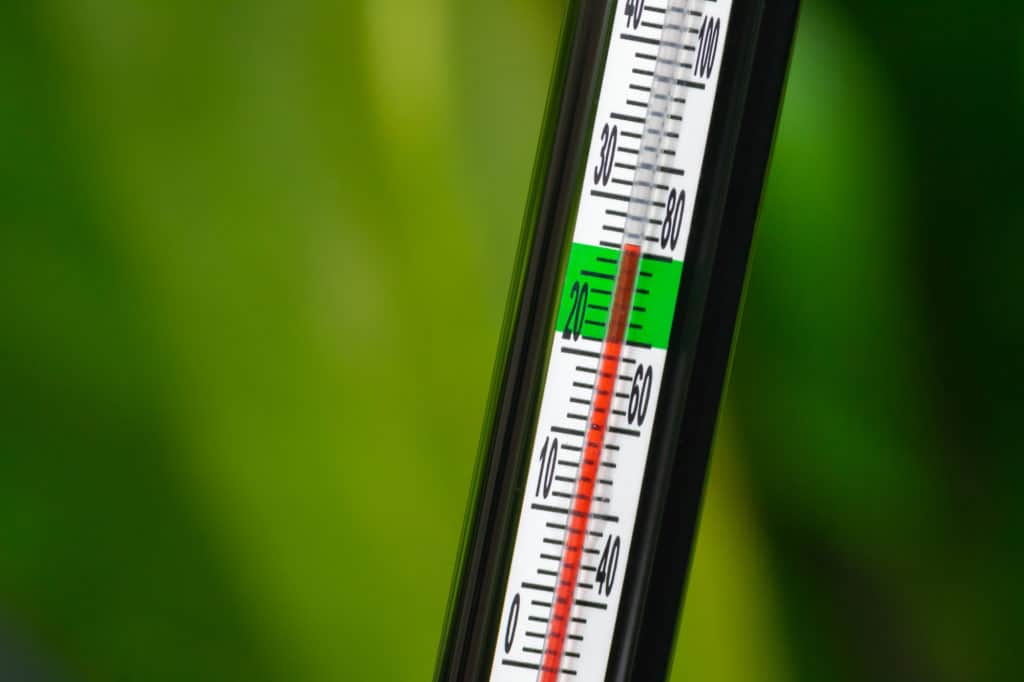 When the water’s temperature is too high, it’s unable to hold as much oxygen.

Take the time to measure the water’s temperature and adjust it slowly because cooling the water down too quickly could shock your fish and do more harm than good.

You can change part of your tank’s water to adjust the temperature, and once the water is at the proper temperature, it’s important to take the proper steps to keep it there.

Monitor heaters and lights that you may be using to warm the water and consider investing in a thermometer to help monitor your tank’s temperature.

It’s important to make sure the tank’s water doesn’t get too cold, either.

Avoid placing your fish’s tank in a window, as the window will leach the heat from your fish tank and may put your fish at risk.

Keep in mind that, when adjusting water temperature, you shouldn’t go below your fish’s recommended temperature, as it could send them into shock.

If your fish are tropical, we don’t recommend lowering the temperature by much at all to avoid making your fish susceptible to sicknesses. 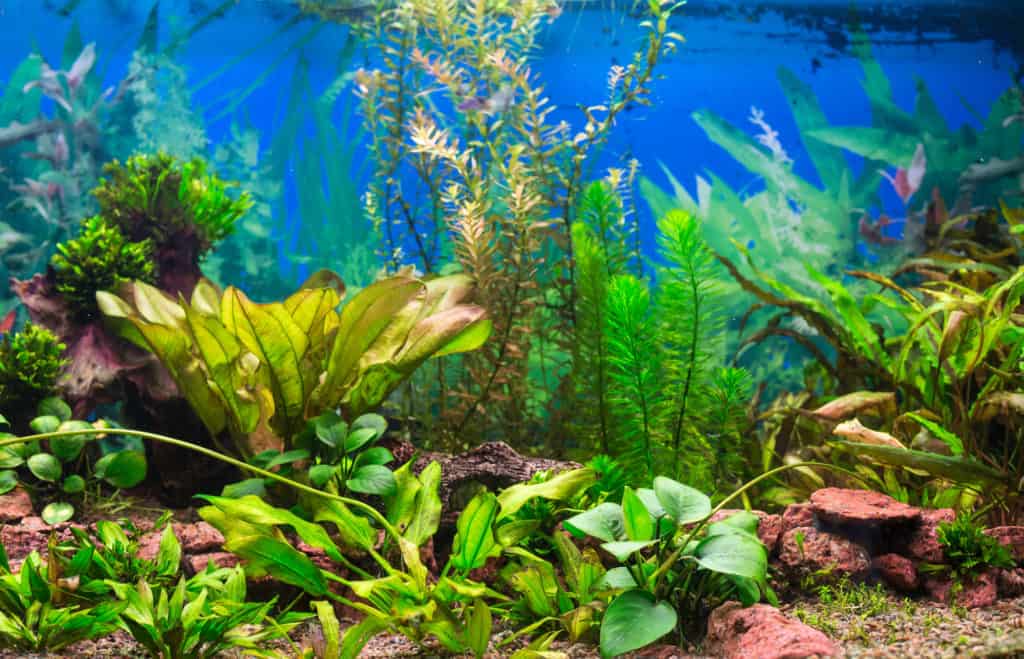 Finally, we move onto live plants.

Live plants should receive care, just like all the fish in your aquarium.

When live plants are placed in a tank, they require light in order to produce oxygen, so where there isn’t enough light, there likely won’t be enough oxygen.

Keep in mind that increasing the light in your tank will directly affect your fish through temperature.

However, oxygen levels aren’t the only thing a plant can affect as there are also plants which can cause ammonia poisoning. 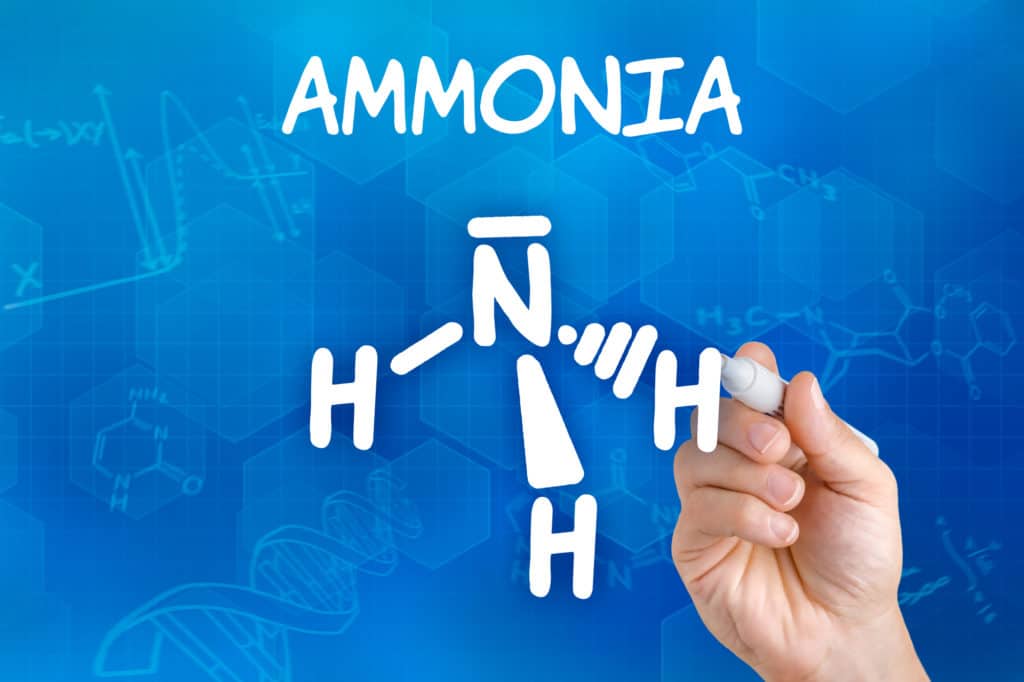 Another, equally serious cause of gasping in fish is ammonia poisoning.

Ammonia is a toxic nitrogenous waste that is produced when organic materials begin to break down.

It can affect your fish’s gills and blood and reduce their ability to absorb oxygen.

It’s also important to remember that, when the pH levels are thrown off, the tank’s nitrogen cycle will be affected as well.

Ammonia poisoning can occur when the wrong type of plant is submerged in water, such as bamboo.

Bamboo leaves, when fully submerged, can yellow and release ammonia into the water.

It’s important to do thorough research on each live plant you plan on adding to your tank to make sure it belongs in the water.

Other than rapid breathing, signs of ammonia poisoning include lilac or red gills, a loss of appetite, and lethargy.

The top causes for ammonia poisoning include using tap water in an aquarium, excessive excrement, and uneaten food.

You may think that larger tanks are immune to ammonia poisoning, but that is simply not true.

Any tank can be affected; it’s all situational.

Ammonia can accumulate in the water, no matter the size of your tank, due to a combination of unsafe plants, overcrowding, or a surplus of uneaten food.

It’s important to test your water and keep an eye on your fish’s tank between cleanings.

To avoid ammonia poisoning, be sure to clean out your tank regularly and avoid overfeeding your fish.

Even if your fish don’t have ammonia poisoning per se, any presence of ammonia is a cause for concern.

Remember that there is no safe level of ammonia. 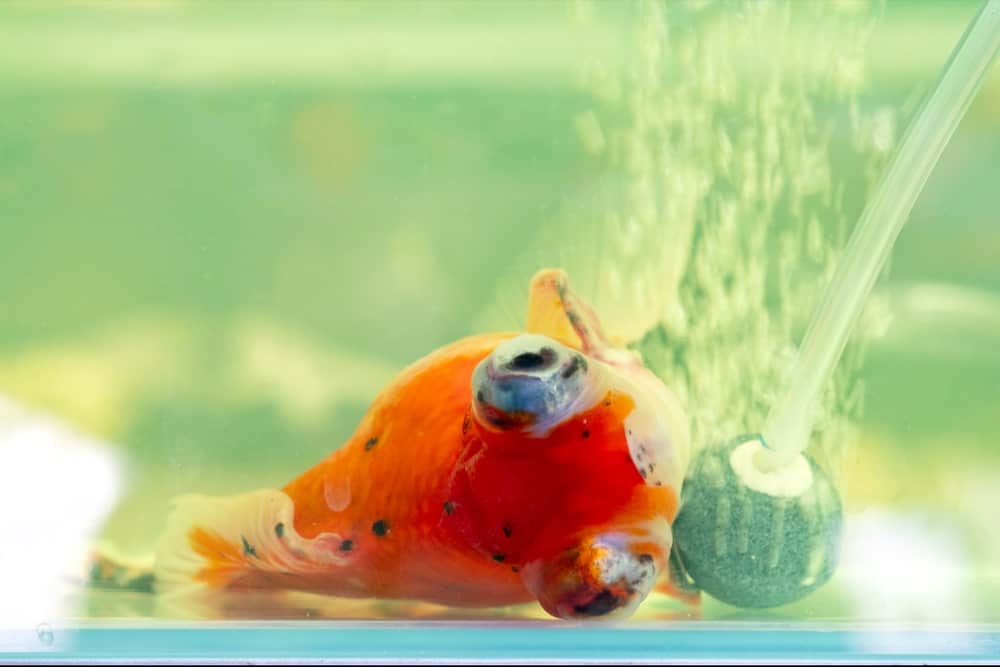 If you’ve tested the water for ammonia and you’re certain it’s the issue, you should begin treating your fish immediately.

Lower the pH of the water as soon as you can and consider doing a water change.

Take a moment to assess your fish’s behavior and determine whether they look distressed or not.

If they seem distressed, it may be best to use a chemical pH balancer to try to neutralize the ammonia.

Be sure to avoid adding new fish to your tank until the ammonia is under control.

After either performing multiple water changes or using a chemical pH control product, it’s advisable to test the water with a standard test kit.

If the ammonia levels are still high, excessive feedings may be to blame.

It may be necessary to put feedings on hold for a couple of days to keep uneaten food from accumulating.

If your fish are still gasping after ruling out potential ammonia poisoning, there may be an underlying illness affecting your fish. 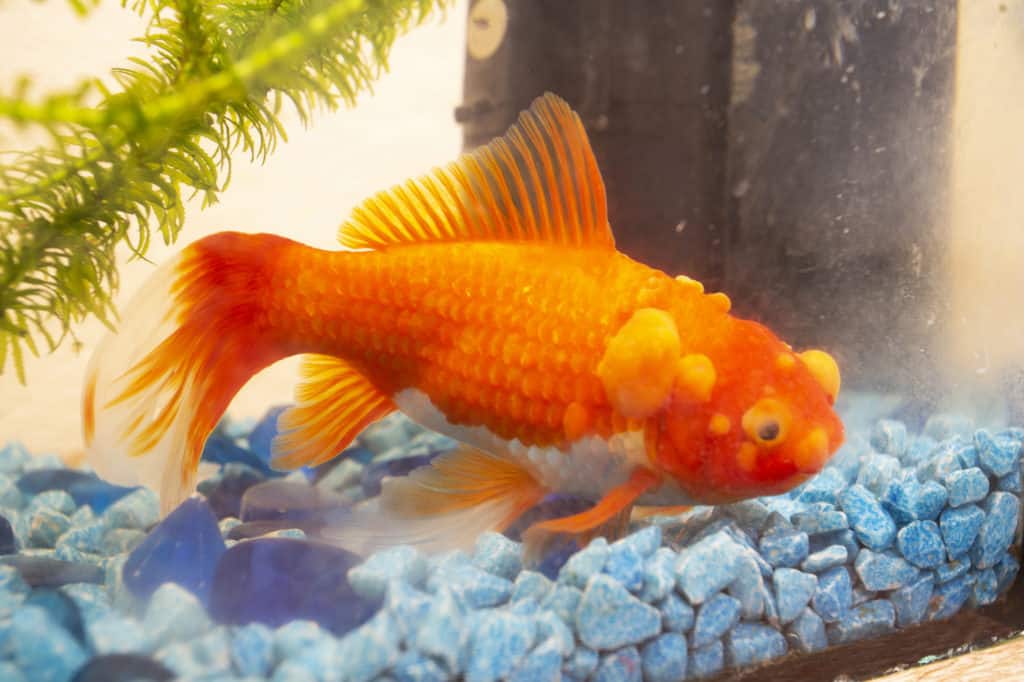 If you’ve adjusted the oxygen level in your tank and ruled out ammonia poisoning, the cause may be an illness that will require a little more care.

There are certain parasites which can affect a fish’s gills directly and potentially kill them.

It’s best to consult a veterinarian for assistance when a parasite or other illness may be involved and directly affecting your fish’s health.

There are numerous diseases and parasites which can affect your fish, and it’s important to take any potentially affected fish to a vet or treat them in a quarantine tank.

How to Prevent Your Fish from Gasping Again 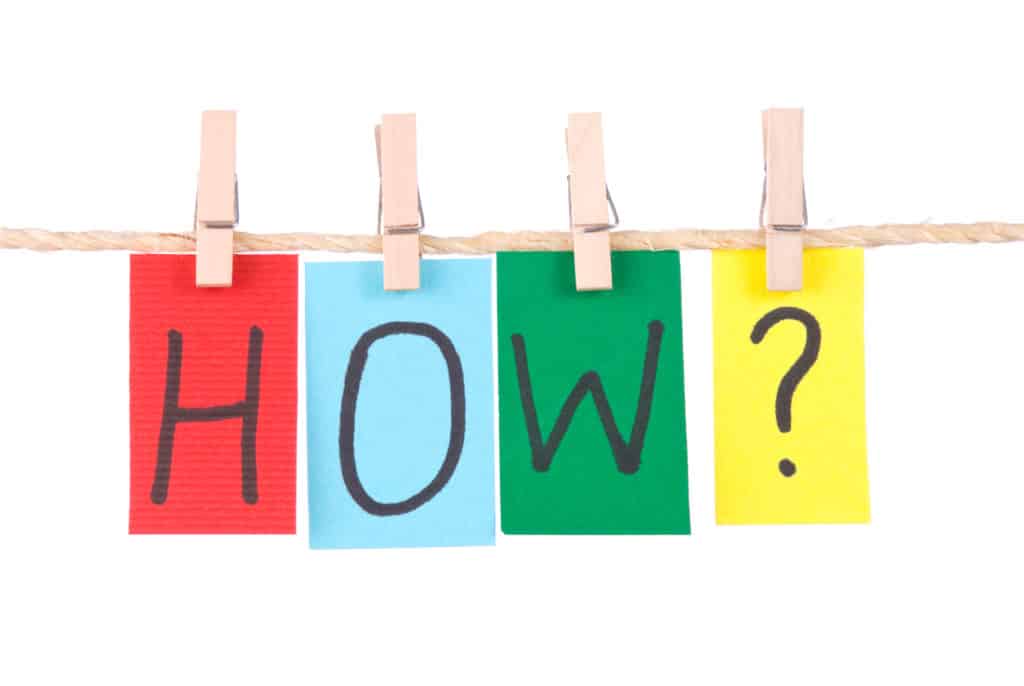 There are a few different ways to keep your fish healthy, and the best ways to keep them from gasping for air include the following.

Make sure your tank has proper aeration, and the oxygen levels are high enough to keep them healthy.

You should also make sure the tank’s pH levels are appropriate for all the species in your tank.

All that really needs to be done to keep your fish from gasping is keep their tank clean, maintain their water at the correct conditions, and be sure to only place suitable live plants in your fish’s environment.

It’s also important to make sure there is beneficial bacteria in your tank’s filter.

Another good idea is to monitor your fish and their behaviors between water changes and while they recover from potential ammonia poisoning.

All in all, in a lot of cases, rapid breathing can be easily fixed.

It’s just a matter of identifying the problem quickly and keeping calm while you fix it. 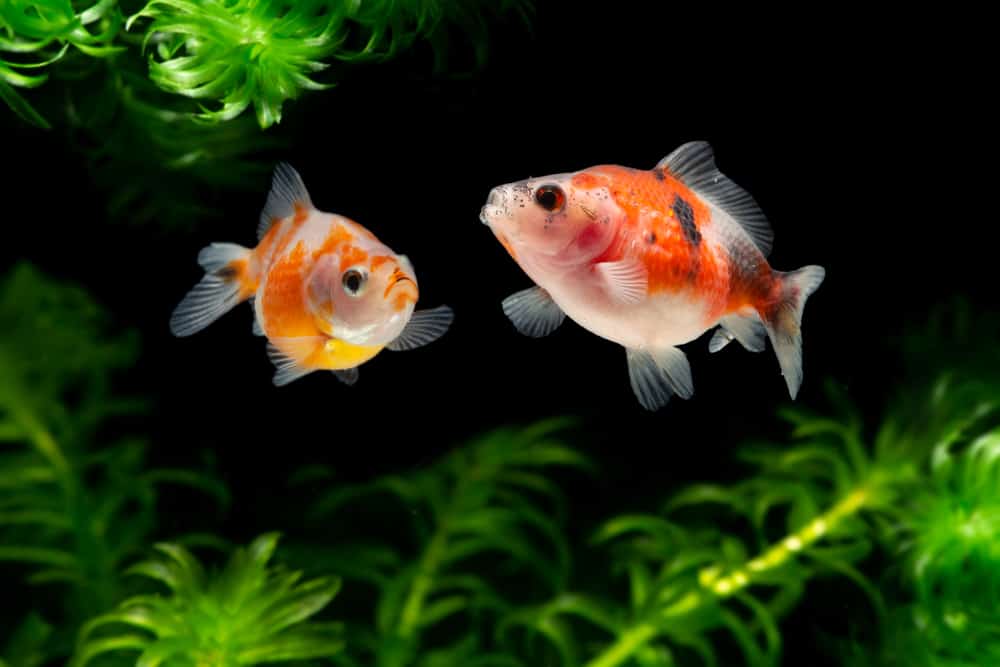 Now you know what to do when your fish begin to gasp.

It’s important to pay close attention to your fish and their behaviors, and it’s a good thing when fast breathing is caught early on.

Now your fish should be in better health, and you have less to worry about.

We hope your fish are doing much better now, and you enjoy the time you spend watching them in their home.

How did you solve your fish’s issue?

Leave us a comment down below and let us know—we always look forward to hearing from you! 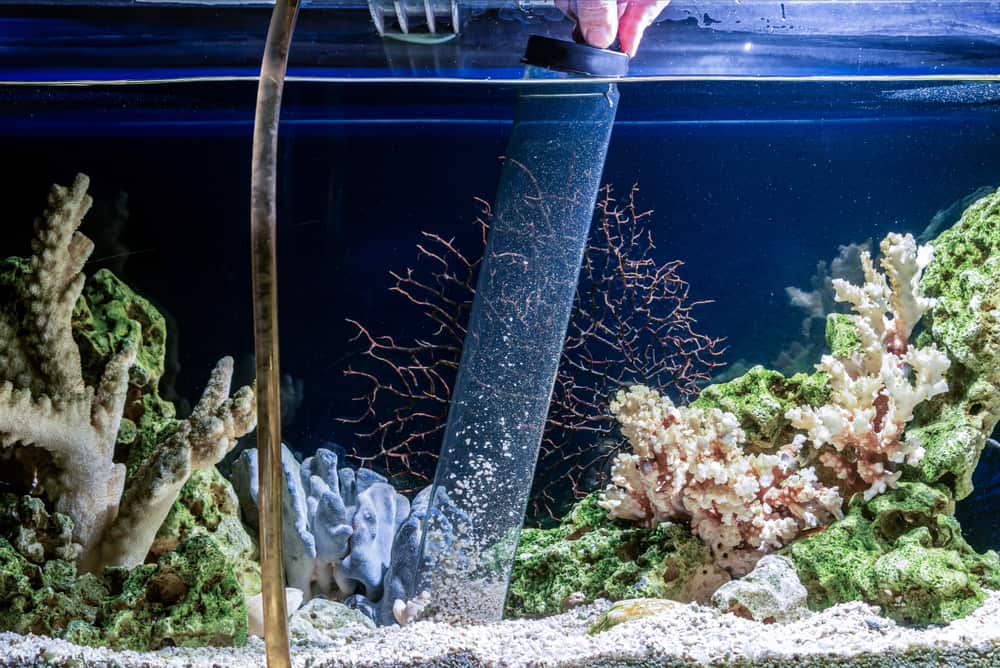 How To Remove Silicates From Aquarium Water (Guide) 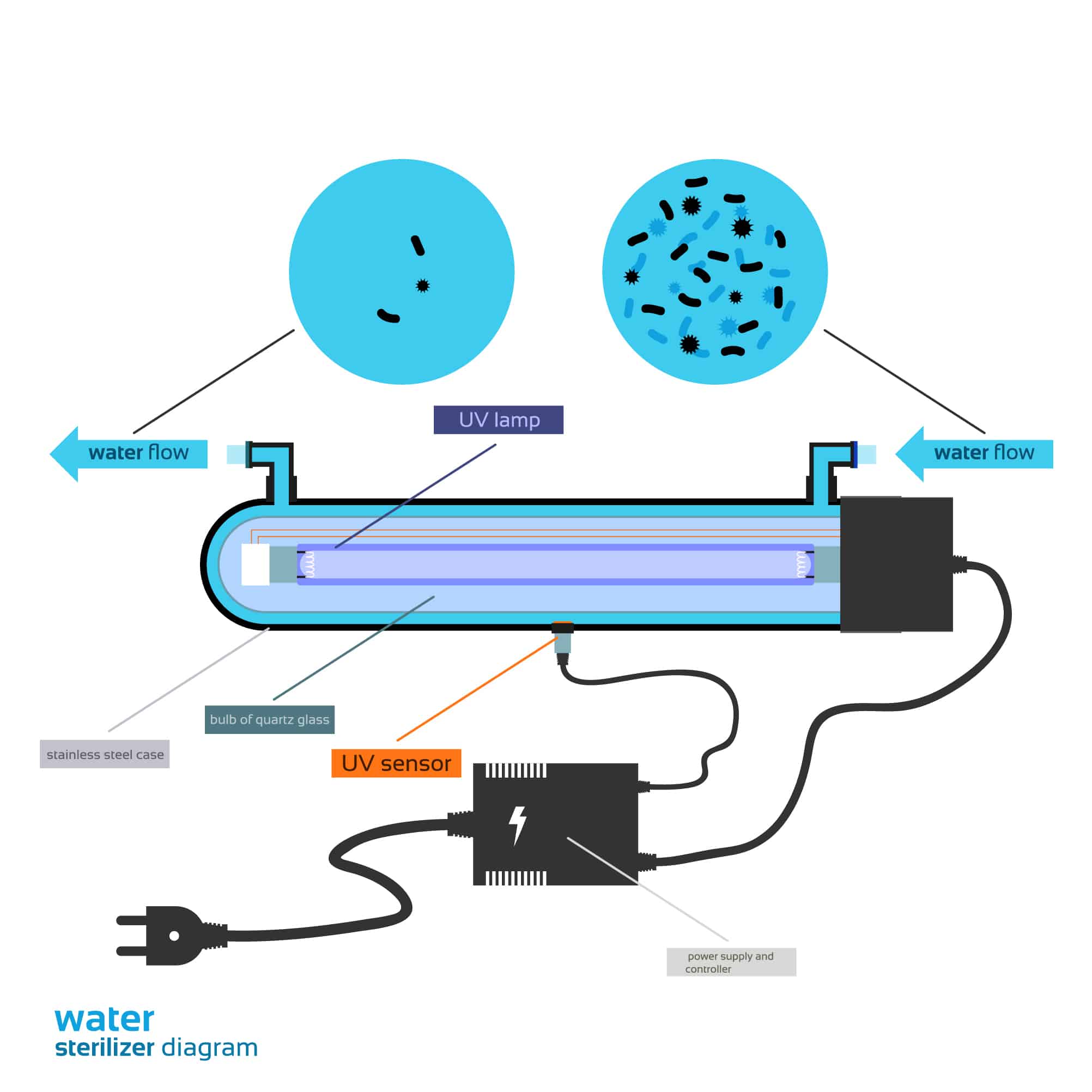 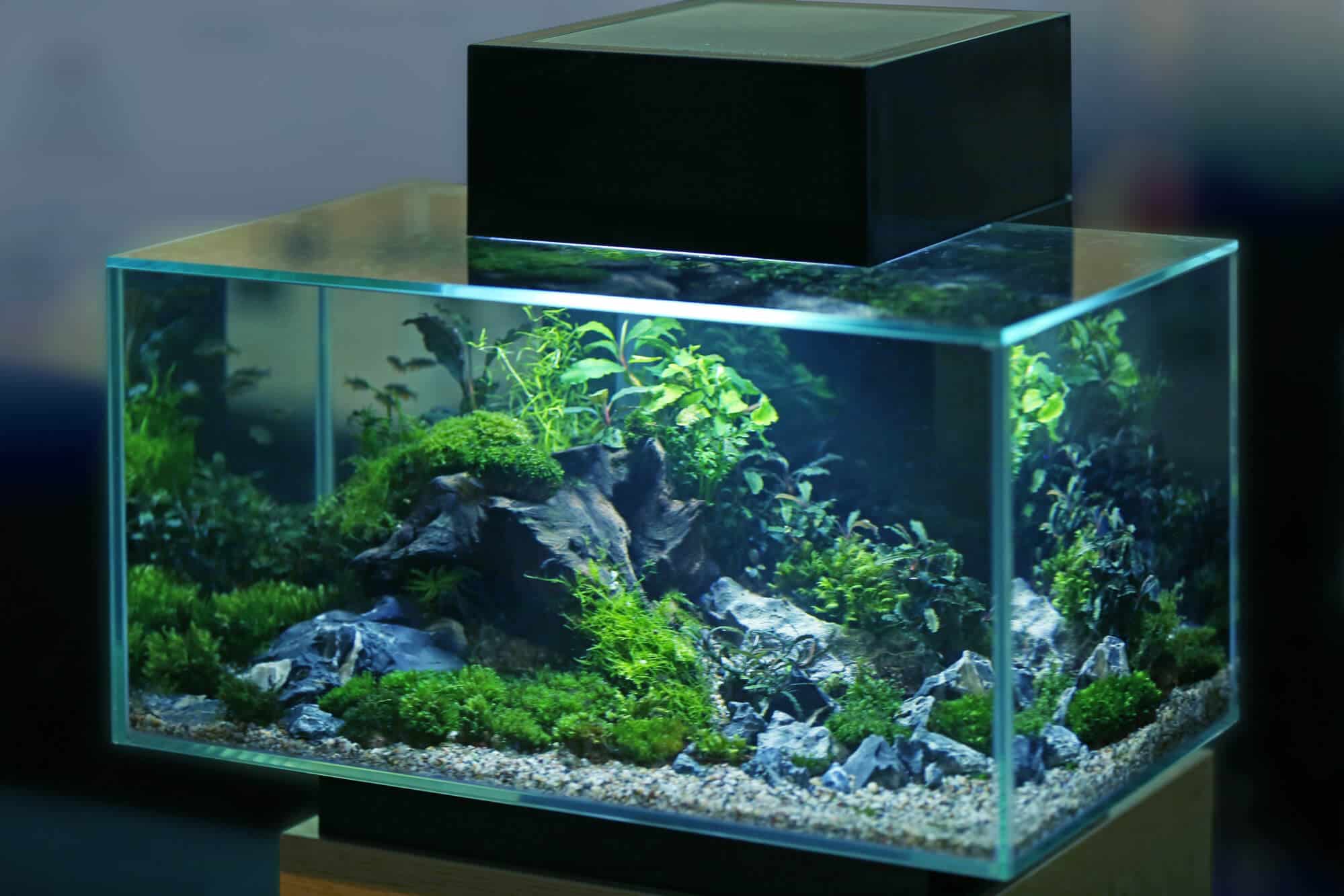 What Size Fish Tank Should I Get? | Aquarium Buying Tips